Why I Chose SiteGround for Hosting

I’ve had one or more WordPress websites for over 10 years now. I originally chose iPower as my hosting provider many years ago based on a low introductory price. For the first few years, things were fine but as time went on, I began to get frustrated by slow server speed and poor support. The last straw was the last support ticket I opened.

In mid February 2016, I began receiving regular messages that my websites, Out of My Tree Genealogy and The Social Historian were down. Sometimes this lasted a few minutes but sometimes they were down for an hour or more, usually in the early morning hours. I contacted my hosting provider, iPower, and created a support ticket detailing the problems I was seeing, including the service I was using to monitor my websites and a list of the most recent dates and times of the down times.

What followed was an exasperating exchange of messages with the support staff at iPower. One of the suggestions was that I clear my browser cache. Clearly they did not read the ticket since it was not me who was seeing that the sites were down, but my monitoring software. I explained that in my reply and they responded, suggesting that I try another browser. By then I was getting quite frustrated.

Then one day, I happened to be sitting in front of my computer when the monitoring alerted that my site was down. When I tried to access my website, it returned a 406 – not acceptable error. Some searching the web told me that the cause of a 406 error is usually due to a Apache related mod_security rule on the server so I updated the support ticket with my findings. The next response from support was stunning. They suggested that I disable my website monitoring since I found these reports so upsetting! My reply to that was to thank them for helping me understand the best course of action to solve the problem and I asked them to close the ticket.

I immediately began researching new hosting providers and after reading many reviews, I moved my websites over to SiteGround. The whole process was painless and I was thrilled with their support in getting things set up. My issues so far have been minor but I get a sensible response to my question, usually within an hour and my Google stats show that Google is enjoying the speed of their servers as much as I am. It has been a wonderful transition!

There is an affiliate link in my sidebar for SiteGround and although I get a small commission should you click on it and sign up for hosting, that is not why I’m recommending them. I’m recommending them because my websites are wickedly fast now that they are hosted with SiteGround, their approach to security is above reproach and their support is simply awesome.

SiteGround has used Pingdom to test the loading time of identical WordPress websites hosted on the 12 different hosting companies. The faster loading result for SiteGround was achieved with the SuperCacher switched on for the website.

Apart from loading speed, SiteGround has tested how many hits can be successfully handled in two minutes by each of the 12 accounts with the same test WordPress website. The test was done with the help of the Siege testing and benchmark utility. The higher number of handled hits by SiteGround was achieved with the SuperCacher switched on for the website.

SiteGround patches their servers against new vulnerabilities quickly. They were also the first hosting company to offer account isolation in the shared hosting environment which protects you from your neighbours.

SiteGround were the pioneers in applying effective account isolation mechanisms to the shared hosting environment. Nowadays, most of the shared hosts apply similar techniques but it is still possible to see an environment that is not properly isolated.

What really sold me on SiteGround was their awesome support. So far, my support requirements have been very minor so I’ve just raised support tickets. These are dealt with quickly by people who actually know what they are doing when it comes to WordPress. 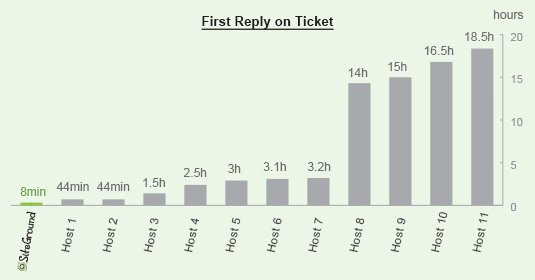 I can attest to the speed at which my tickets get replied to and resolved.

While I haven’t used their telephone or chat support yet, it is great to know that they are there if I need them for a serious problem. 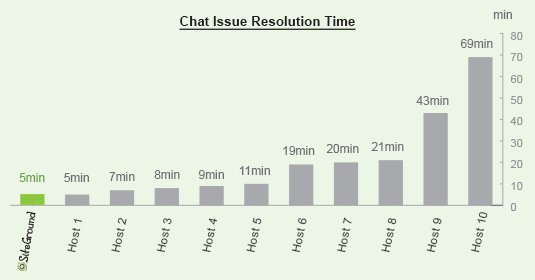 To rate their chat resolution times, SiteGround contacted the LiveChat of the 12 tested companies and their own chat support with one same simple request and recorded how much time was need for the issue resolution including the wait time before the chat was picked up. 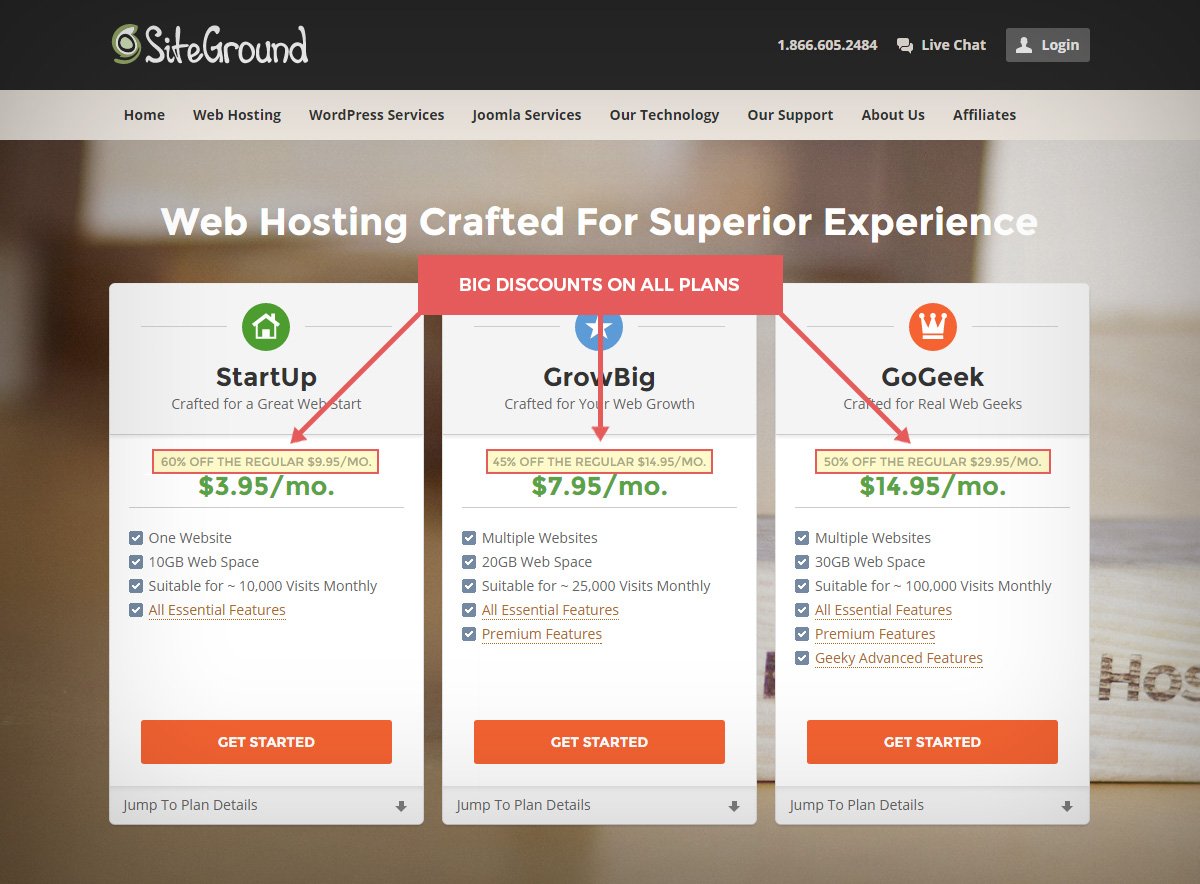 Because I have multiple WordPress websites, I’ve chosen the GrowBig plan for myself but whatever your needs are, SiteGround has you covered with three different plans to choose from.

This post may contain affiliate links. If you purchase a product through a link on this page you will be helping to support WordPress for XYZ. View our full disclosure statement.
10 Total Score
Excellent WordPress Shared Hosting Provider

It has been over a year now, and the honeymoon period hasn't worn off. SiteGround is simply faster, more secure and their support is incredible!

PROS
CONS
User Rating: Be the first one!

How to Install a Theme

Added to wishlistRemoved from wishlist 1

How to Install a Plugin

Test Your Changes in qSandbox

Finding Images for Your Genealogy Blog

This site uses Akismet to reduce spam. Learn how your comment data is processed.